Here's a little bit about myself.

Contact Me
I had never aspired to be a politician. For me, there was a turning point in my life, a life lesson, so to speak. I have always stood up against injustice. I have always been there for the little guy, the under dog, the less fortunate. I despise bullies, but I really despise corporate and government bullies!

About 10 years ago, I experienced government bullying on an epic scale, and I didn't like it. I found it so offensive and downright disgusting, that I had to do something about it. I followed all the rules, I voiced my concerns to all the different levels, I filled out forms, I called my MLA. I did everything that a private individual can do. To no avail! I even protested at the BC Legislature.

I have a profound sense of right and wrong, and I just can't sit idly by while wrongs are committed. It's just not in my character to quit, give up or give in.

Once you've seen something, you can't just un-see it. You either stand up, or you sit down and be quiet. I'm a stand up and make change, kind of person.

People keep asking me if I'll run in politics again. The honest answer..I don't know. Right now I'd say, probably not, but who knows :)


In case you hadn't noticed, our politics and democracy, are owned by the corrupt elite. It's nearly impossible for anyone honest and without an agenda, to get in. Seats are bought and sold, and little people like myself, are nothing but a thorn in their side.


Here's the proof that the corrupt elite own our politics and politicians. I bet that you came to this page, because you read somewhere, that I made some "racist comments" against natives...right?


That statement is of course untrue, but it didn't stop the BC Liberals from saying it. They not only lied about it, but they manipulated what I really said. Why did they do that? They did it, because I have been very vocal publicly, about what they were doing to my family and to my business. 2 months prior, I filed a civil suit against the Ministry of Transportation, and on the day the writ dropped, the Minister of Transportation MLA Mary Polak held a press conference to call me a racist. A little personal I think, but that was the point..right? The perk of being in power, is that you can ruin lives, and you can get away with it, because no one ever holds you accountable! Karma :)


11 years ago (see the Home page), I commented on a local forum, where the topic was natives and status cards. Nothing I said was racist, it wasn't politically correct, but it wasn't racist. The spin the Liberals put on it, by taking part sentences and twisting them around, was very dirty, but as I keep hearing "that's politics!" I find that statement quite offensive! It's offensive, because it means that we, as a society, have given up on respectful and honest debate. Politics are really nothing more, than groups of people with their own opinion and agenda, who think they are the best choice to govern "you." We've gotten desensitized to the "dirty" part, the name calling, the outright lies and fake promises. We just write it all off as "politics" and maybe, that apathy to anything changing, is why some people don't vote. We've lost trust for those in politics.

There is much more to me, than the nonsense said about me, it doesn't define me, because I refuse to let it! I am an honest person, who has had a lot of life challenges. At a critical time in my youth, I was homeless, literally living on the street. My family sort of fell apart when there was a medical issue. There wasn't a lot of help for any of us, and we all just kind of fell through the cracks.


Thankfully our mother was a strong influence for my brother and I. We knew what hard work looked like, we didn't grow up spoiled, but we didn't go without either. I've been on my own since I was 13 and I've never looked back. Sometimes I wish I could have been a kid longer, but stuff happens..right? That's why it bugs the heck out of me when I hear people making excuses for their bad behavior. My life went for a total crap and I didn't use that as a reason to murder or steal. Shit happens, it's how you deal with it, that defines your character. Take responsibility for your own actions, don't blame!

I had originally intended on a career in corporate law, but It wasn't to be. I put myself through school and ended up not knowing what I wanted to do with myself. I worked several jobs, met my future husband. We dated 11 years before I was ready to start a family. It was when we had our second son, that I started my own company.


Here we are 16 years later, the business is one of the largest of it's kind in Canada. I enjoy getting up everyday to go to work and I get to help people follow their dreams. What could be better?

- I am a mother to two sons.
- I have been with my husband for 32 years.
- As a family, we enjoy scuba diving.
- My husband and I especially enjoy diving with sharks and cave diving.
- I am a huge animal lover and would have a hobby farm if I had the time.
- I currently have several hundred Koi fish, 2 dogs and 3 cats.
- I'm an avid organic gardener
- I love to travel
- Vegetarian 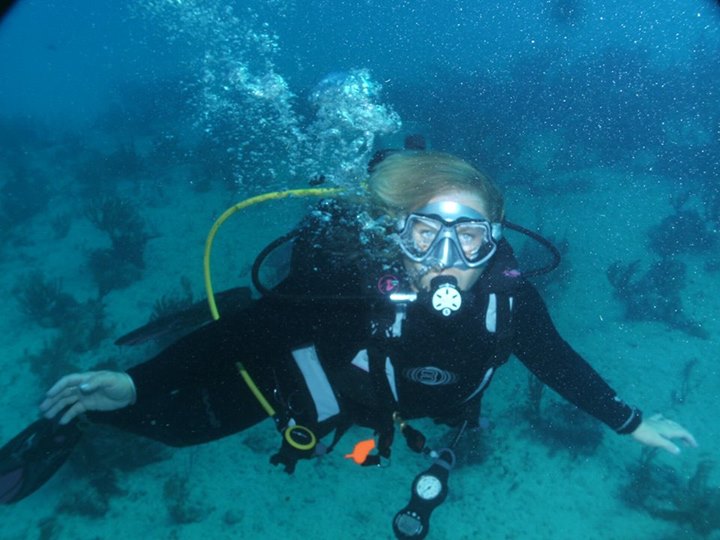